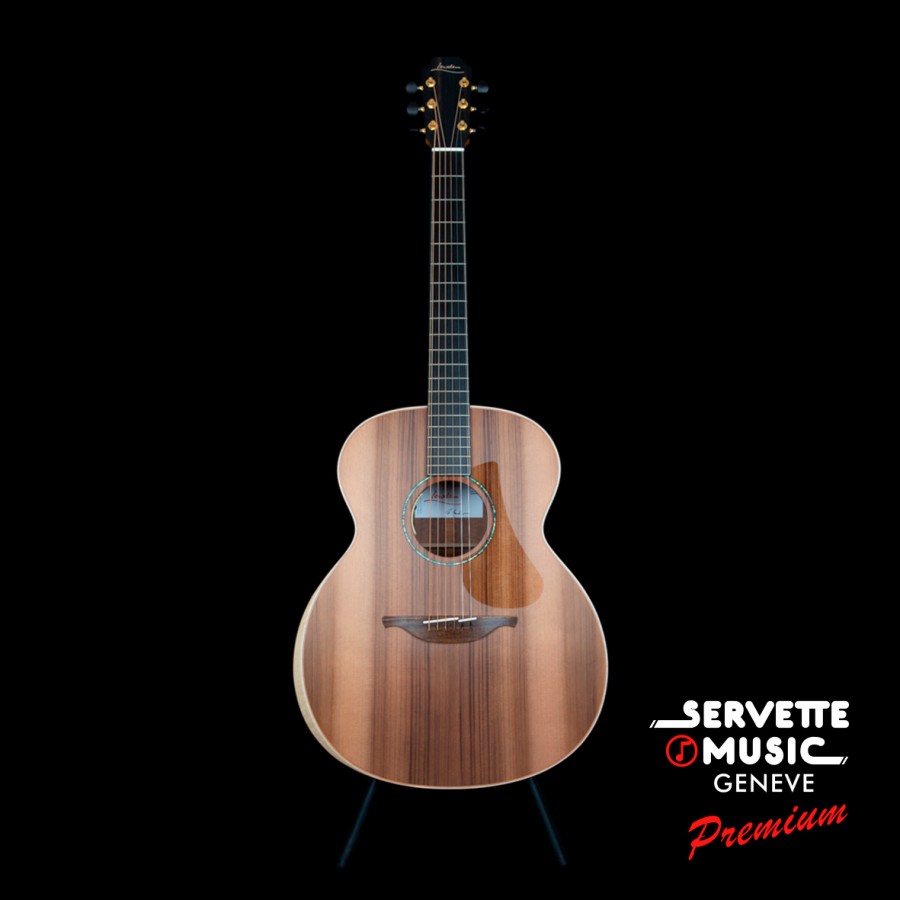 We have met George Lowden about forty years ago and feel privileged to have become his friends and his oldest retailer still in activity. Established in the Belfast area, in Northern Ireland, George has in the mid seventies revolutionized the folk fingerstyle guitar by launching a steel-strings design whith projection and dynamices usually featured on a top professional classical concert instrument, with incredible sustain and volume as a bonus track! Right at the opposite of compressed American siblings of that era that performed at their best when heavily flatpicked. Lowden has immediately gathered up talented followers and continues ever since. The all natural global woody aspect, the wood bindings instead of plastic, the satin finsish, the twin saddle bridge were inovative features that have been copied many a time without capturing the magical sound of the original design.

The 35 Series is for the serious player who can appreciate a whole new world of subtle tone colors and dynamic range. A substantial evolution from the Original Series. This 35 figured Tasmanian Blackwood has stunning looks combined with a warm and responsive sound. Also called Australian blackwood, from its country of origin, it is an acacia wood species that is sometimes compared to Hawaiian Koa. Its tonal range is in between koa an mahogany, featuring a strong midrange focus that is dry, clear and warm, with splash of top-end shimmer and richness comparable to Indian rosewood. The overall volume and projection are strong and suits different playing styles. When paired with a Redwood top, it helps bring out a springy, woody, warm low end with rich overtone complement that fingerstylists realy enjoy. On a bigger body such as this O, this combination will appeal to flatpickers alike.

Warranted two years by our workshop.