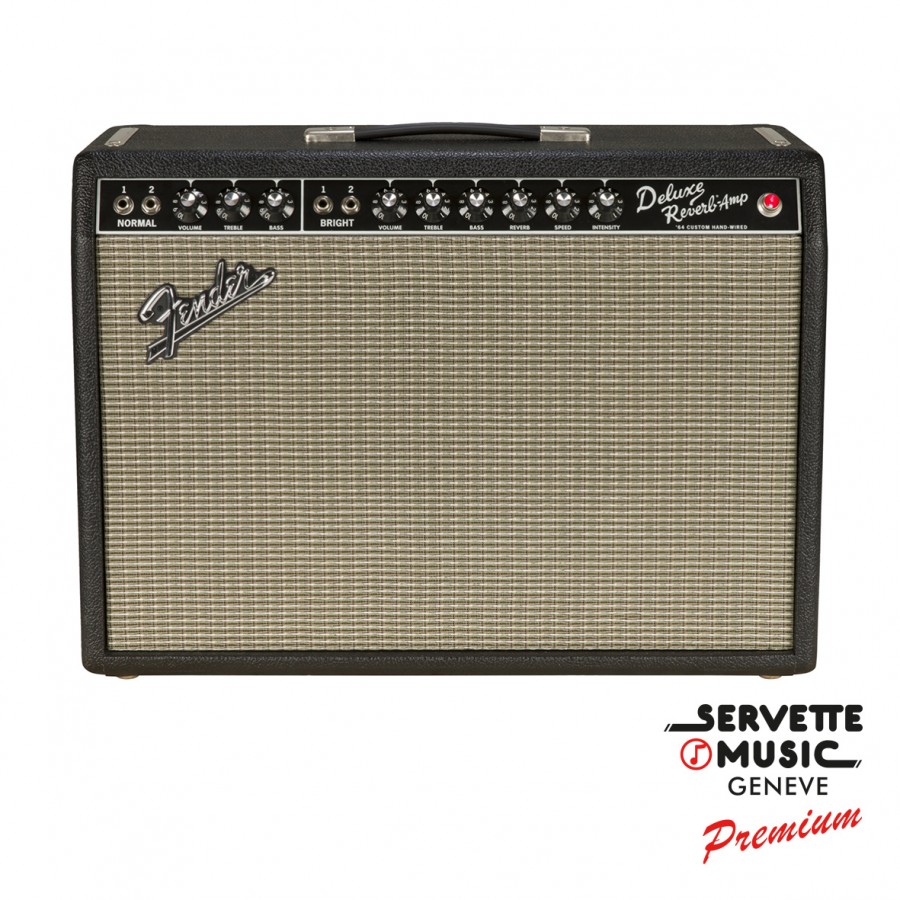 For the Fender connoisseurs and aficionados, in its blackface version, the ’64 Custom Deluxe combo is certainly amongst the top-3 sought after amps with the twin-reverb and the Super-reverb. And probably the most cherished is the Deluxe, with its pair of 6V6, is by far the most versatile amp aver made than can stand clubs or studio works, especially for the quality of its cleans and crunch leads. And with today's Custom Shop version, its enhancements make it the best sounding Fender voicings: Fantastic cleans on the bright channel channel featuring reverb and tremolo, and the normal channel, used and abused for crunchy and beefy leads also features a reverb. Finally, the amp is equipped with a Jensen ceramic, (like in the 60's) very mellow and close to the original sound of these legendary American amps. Also, the power was reduced from 22 to 20 Watts, with a GZ34 rectifier tube which keeps the sag and compression that these beauties are known for when driven hard.

In its point-to-point Custom Shop handwired version, this compact, lightweight and of sufficient power amp will be the companion that will follow you everywhere in clubs or studio and will take pedals like no other amp can do.