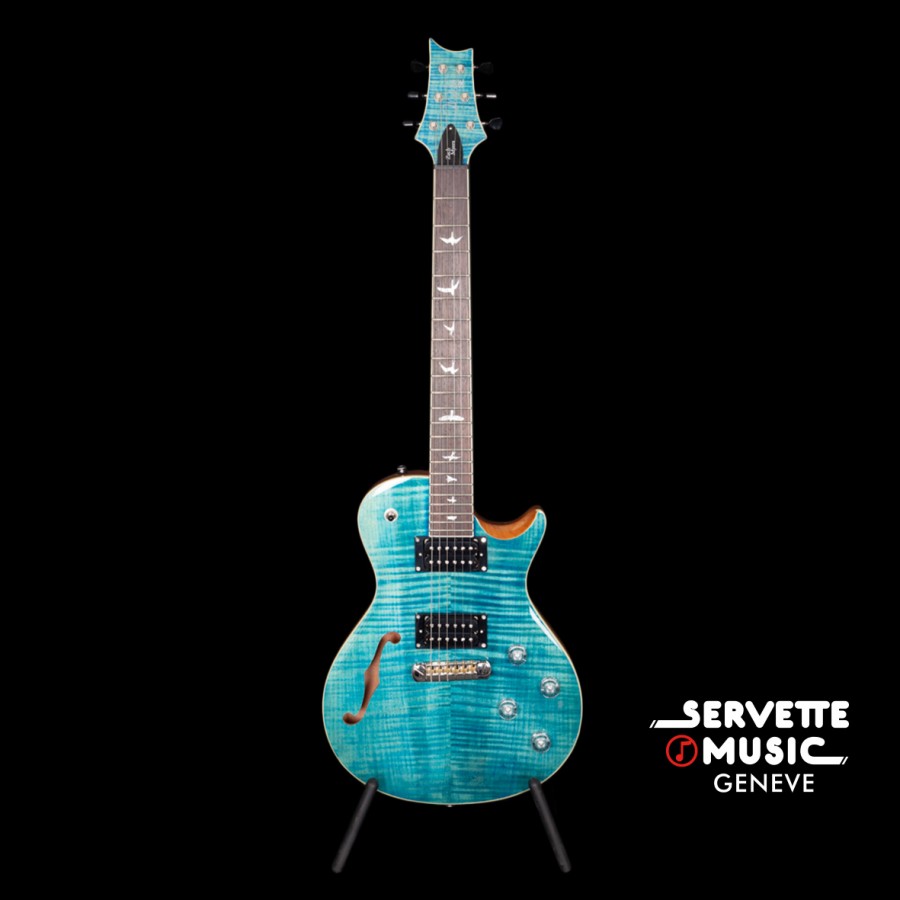 Zach Myers, the guitarist of the rock band Shinedown, is not a tender man with his instruments. So his signature model is designed to take a beating on stage. But in terms of tone, it's very delicate. Featuring a chambered mahogany body with a flamed maple veneer top, and a soundhole, the Zach Myers signature model offers soft mids, enriched by a natural internal reverb.

The resonance of the semi-hollow body combined with the softness of the satin mahogany neck (with a Gibson-like short scale) provides an immediate feeling of comfort in your hands. The 245 "S" pickups from PRS provide clarity in the highs, power in the lows, and an overall aggressive punch that maintains maintains a certain sweetness.

2-year warranty from our workshop.