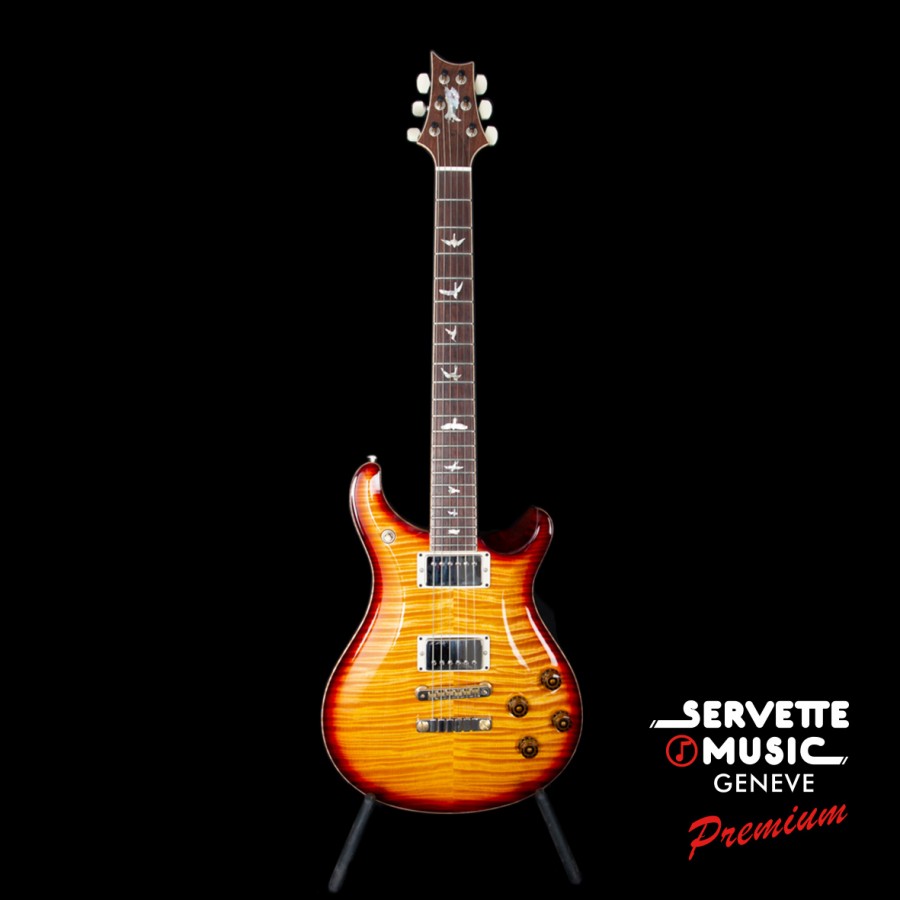 With this PRS McCarty 594 Private Stock guitar, you are in a special register. Because in terms of sound, it sounds like the best PRS possible (which is what many of their guitars do; by the way, it's not always an evident quality to maintain). And given its design, it's not a guitar that you will take with you on stage either. It's too precious for that.

It has sublime woods: an African mahogany body, a figured mahogany neck (and what a beauty!), a Madagascar rosewood fingerboard, a fascinating curly figured maple top, a maple binding around the body and fingerboard, abalone markings, and a vintage nitro finish that will age beautifully. The lutherie work is exceptional: it is über-masterbuilt as an instrument, so much so that it inspires the respect of an 18th-century violin. But it is a guitar, so it can be taken and plugged in.

And here, watch out! It's the best PRS you've ever played on (has anyone ever said that?). The sound is round and full, smooth, and velvety. The playing comfort is incredible with the Vintage Pattern profile, and the two microphones (splittable, of course) 58/15 and 58/15 LT sound creamy and brilliant as you wish.