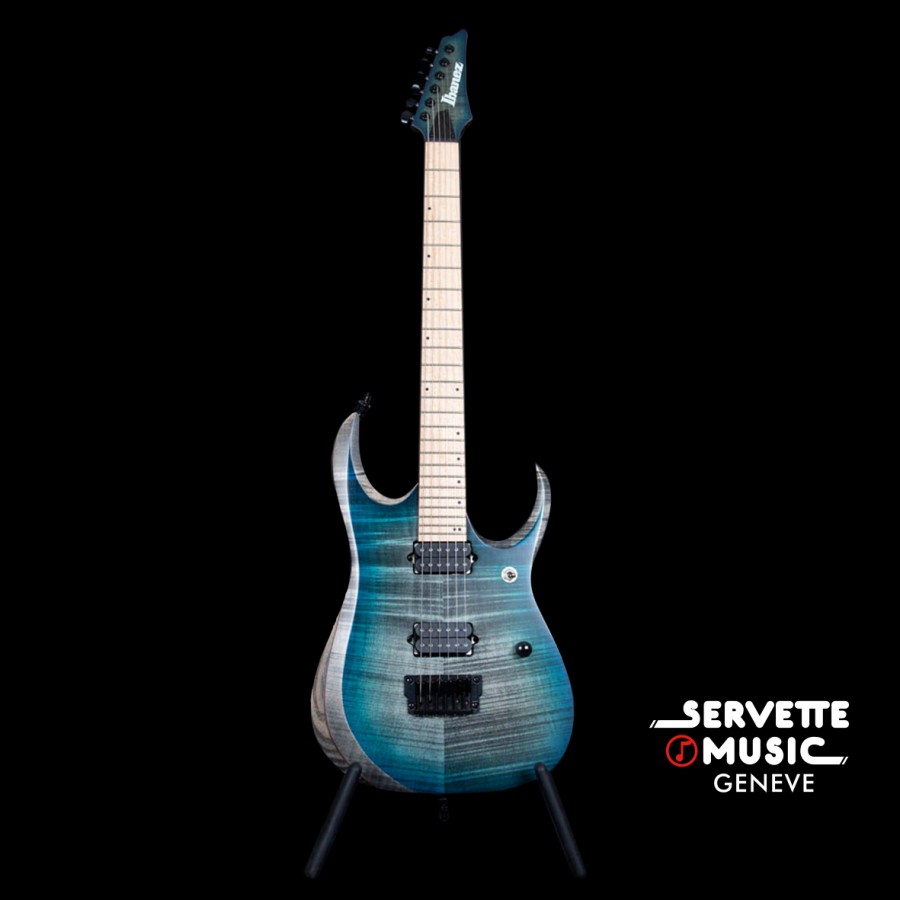 If looks could sound, this guitar would enchant the days, nights and dreams of more than one musician. And when  plugged in, this one is true to its promises! With a pair of DiMarzio Fusion Edge ready to devour the sonic space (crunch, crunch, crunch!) and its Nitro Wizard neck (the fastest, from the West to the rising sun), the Ibanez RGD61 Axion Label is a marvel for metal. Big punchy riffs, scathing arpeggios, wild solos ... The tones are distinct and articulate, and playing flows from itself with incredible comfort.