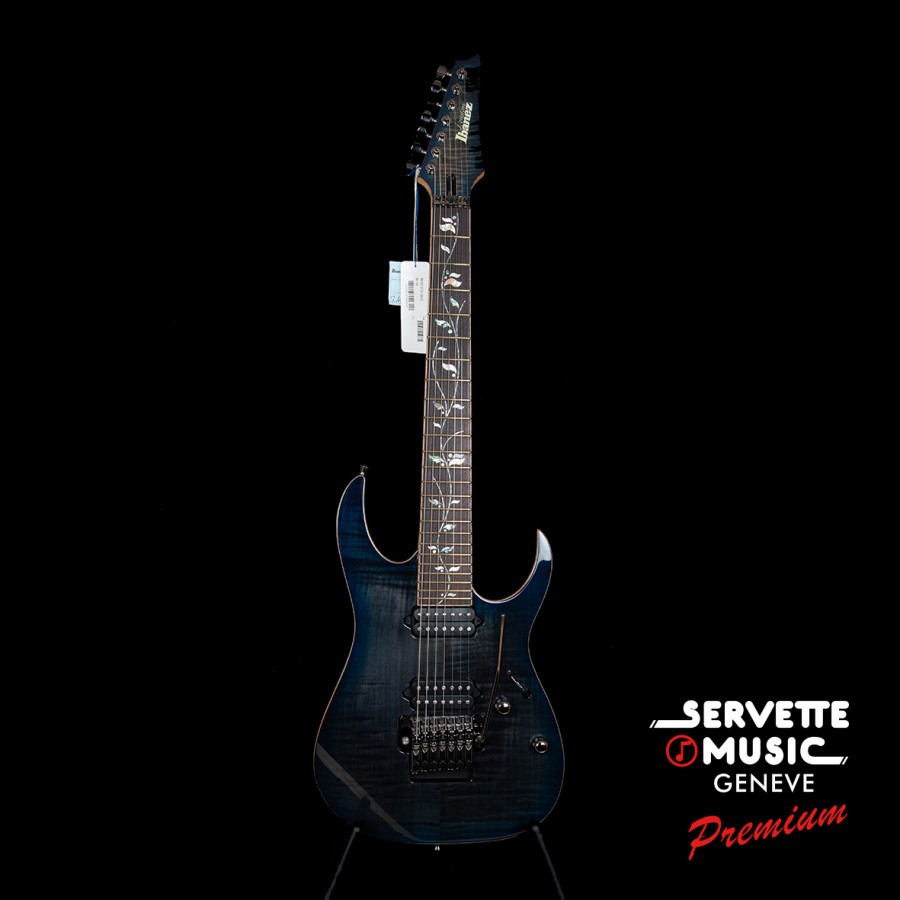 The J.Custom series from Ibanez are very selective series, manufactured in their Custom Shop and on principle only produced for the Japanese market. Its the cream of the cream of the brand's production. And with this model, Ibanez offers here a 7 strings that has both amazing looks and astonishing tone. The African mahogany body with its flamed maple top is just beautiful. The J. Custom 5 pieces neck in maple/wenge is ultra-comfortable, and not only the medium jumbo stainless steel frets have received the Premium Fret Edge treatment, which should allow them to withstand wear indefinitely, but also the neck has received the "velvetouch" finish making it the ultimate neck in termes of playability. A couple of DiMarzio PAF7 pickups produce a sound that's both clean and open on the low notes and warm and rounded on the high ones. Finally, the ZPS3 floating trem completes the set, to make it a rock and metal machine, ready to take you onto the clearest skies as well as into the darkest caves.

We propose it with a two year warranty from our workshop