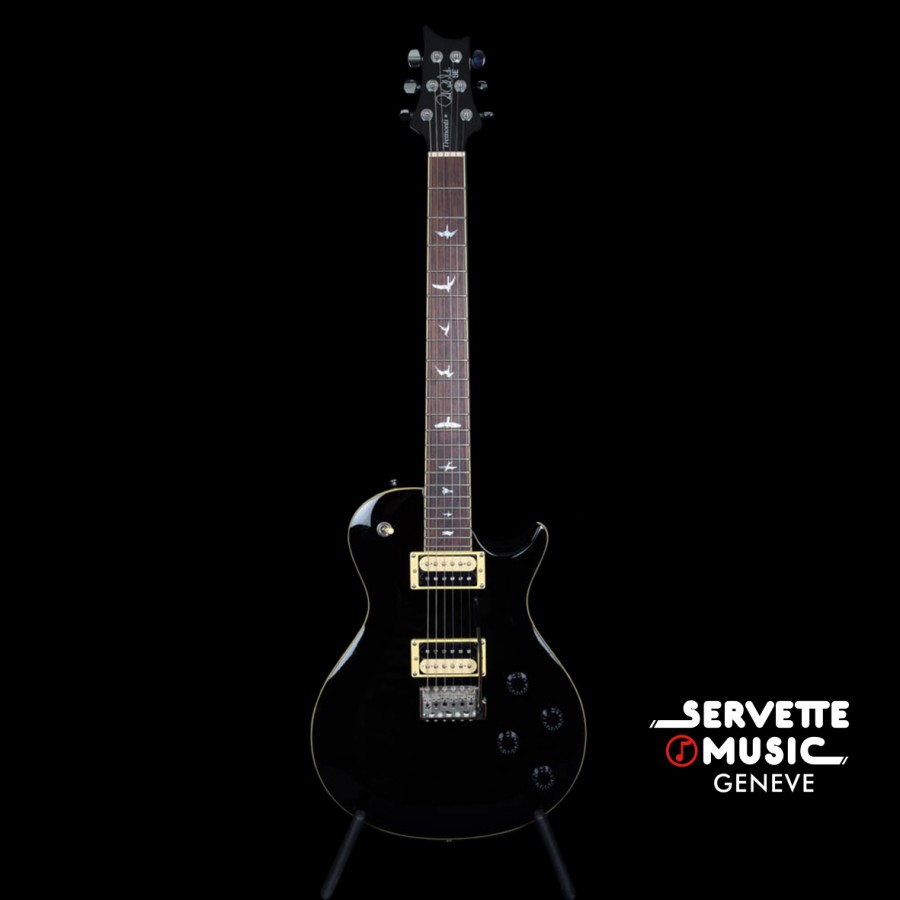 Founded in 1985 in Stevensville, Maryland, USA, PRS Guitars (named after its founder, luthier Paul Reed Smith), took up the daring challenge of designing and producing guitars that meet the challenge of offering instruments with uncompromising sonic versatility, exceptional playing comfort, and beauty and craftsmanship of the highest level. With models such as the McCarthy and Custom 24, PRS Guitars has made a stunning entry into the world of guitar building, which it now dominates by combining the qualities of the Stratocaster (vibrato, crystal-clear sound, mellow basses, playing comfort) and the Les Paul (creamy crunch, assertive mids, endless sustain and luxurious finishes), adding a character all of its own.

The PRS SE Mark Tremonti Signature offers a powerful voice and the classic PRS aesthetic to match Tremonti's powerful and melodious rock, as he does as the lead guitarist of Alter Bridge and Creed. The Tremonti "S" pickups offer articulated aggression, and make for a guitar that is both easy to play and hard to put down.