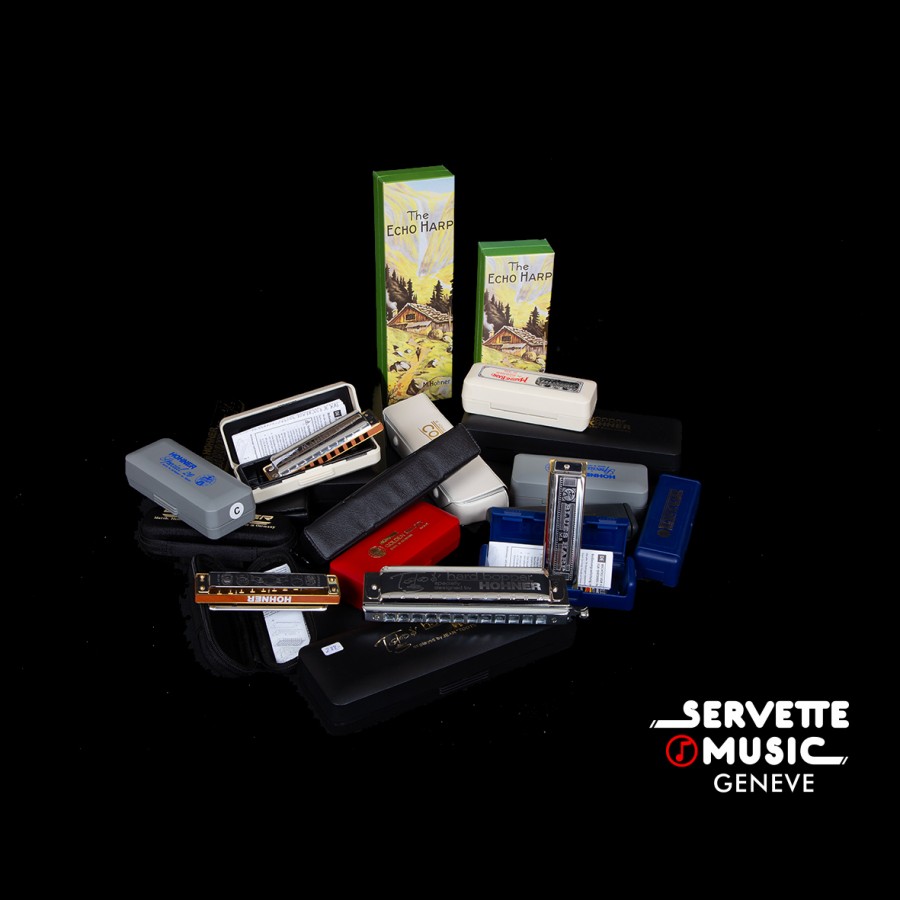 There are some brands whose names become so synonymous with the products they manufacture that the brand itself becomes the generic noun used to describe all similar items. Whilst the brand ‘Hohner’ might not be quite so interchangeable with the word ‘harmonica’, it’s safe to say that it would probably be the first company the average person would think of if asked to name a manufacturer of the instrument.

The harmonica has a long history, beginning in China with an instrument called the Sheng. The harmonica was further developed in Europe early in the 19th century, with the first harmonicas manufactured in Germany. Around 1825, a European named Richter invented an instrument which has become the modern harmonica. This instrument had 10 holes and two reed plates, each with 10 metal reeds. This meant that each hole had two reeds, one which sounded when blowing, the other which sounded when breathing in. The notes Richter chose for the reeds in his instrument are the same as current diatonic harmonicas. This is when and why a long story has begun!

The first company to mass produce Richter system harmonicas was Hohner, in Germany. His founder, Matthias Hohner eventually introduced the harmonica to 19th century America, which really began the modern history of the harmonica. The harmonica was cheap and easy to carry, perfect for a country on the move, like America back then. While there were many harmonica types, the most widely used harmonica (at least in Western countries) became the 10 holed "diatonic". We carry a full range for you to choose from:

Chromatic harmonicas offer all tones of the chromatic scale at the touch of a button, making it suitable to play in all keys. It’s the ideal instrument for Jazz and classical music. Models available from stock in 10, 12, 14 and 16 holes in the key of C (other keys available upon request): Chrometta – Chromonica - CX – CX Jazz – Super 64.