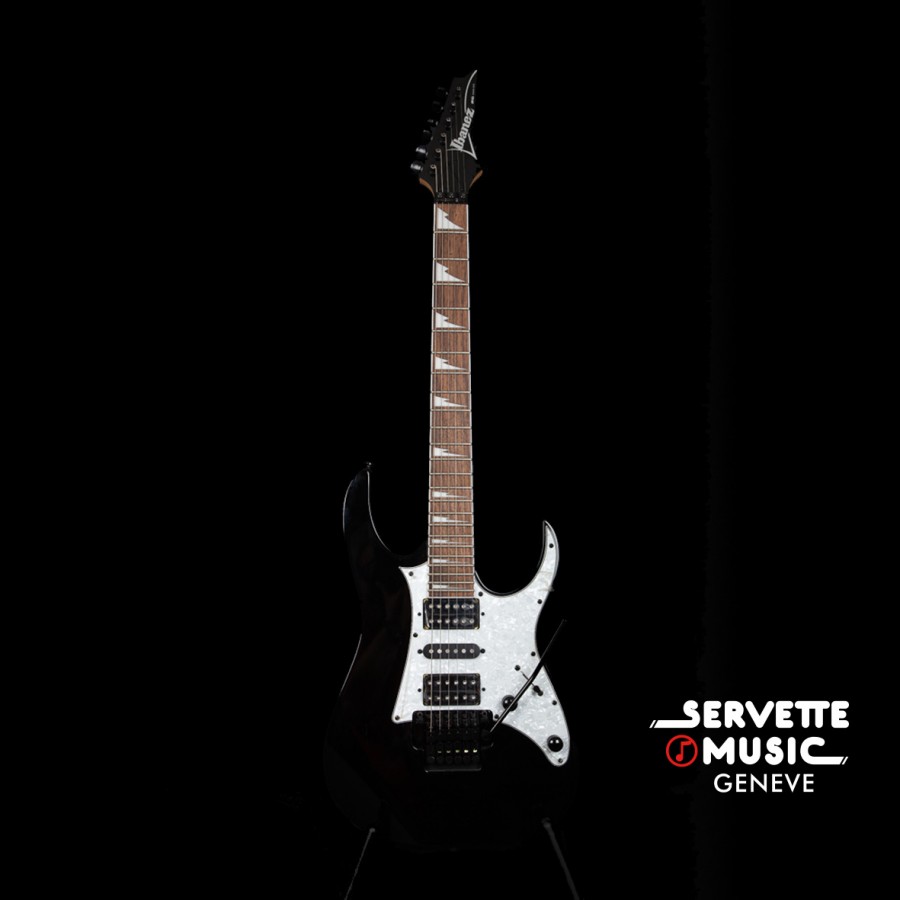 Ibanez presents us, with this superb RG, a black model that exemplifies the standard to which we got accustomed by the brand, at an affordable price tag. The lutherie consists of a mahogany body and a Wizard III maple neck with Jatoba fingerboard, and is assembled with precision. Two Quantum humbucking pickups and a single coil in the middle, plus an Edge-Zero II vibrato (easy to use and stays in tune) complete the whole package: a guitar able to express itself in all types of music, ranging from jazz to metal, including blues and rock.

We propose it with a two year warranty from our workshop.