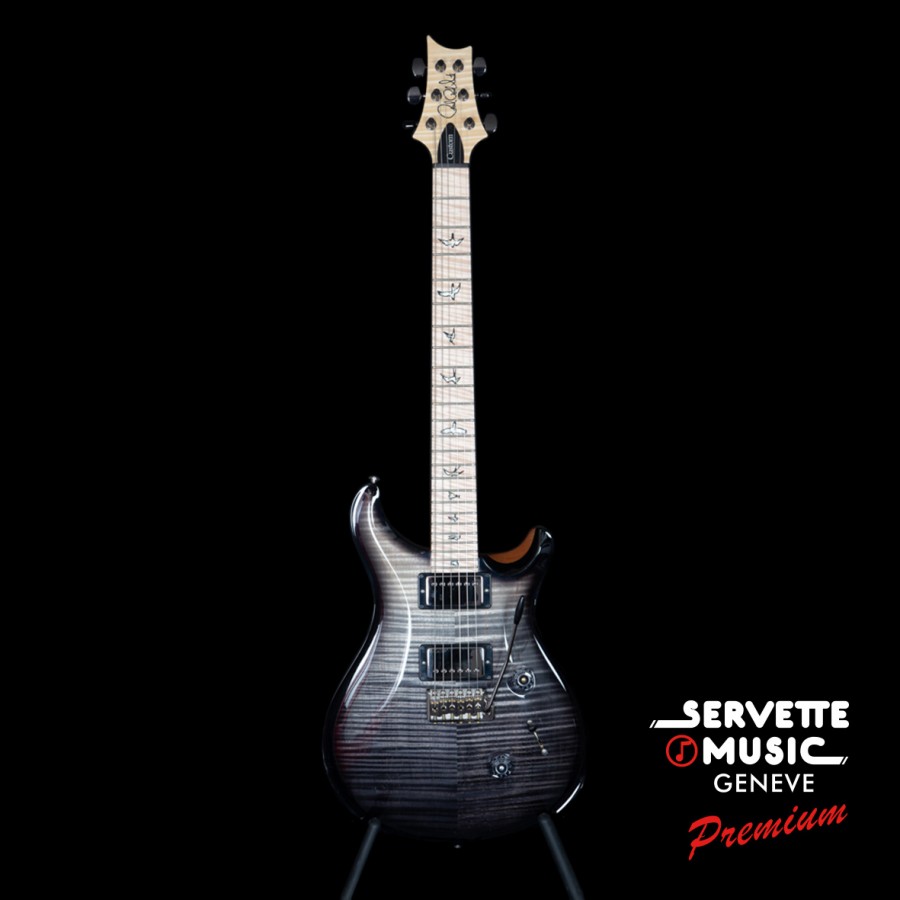 Founded in 1985 in Stevensville, Maryland, USA, PRS Guitars (named after its founder, luthier Paul Reed Smith), took up the daring challenge of designing and producing guitars that meet the challenge of offering instruments with uncompromising sonic versatility, exceptional playing comfort, and beauty and craftsmanship of the highest level. With models such as the McCarty and Custom 24, PRS Guitars has made a stunning entry into the world of guitar building, which it now dominates by combining the qualities of the Stratocaster (vibrato, crystal-clear sound, mellow basses, playing comfort) and the Les Paul (creamy crunch, assertive mids, endless sustain and luxurious finishes), adding a character all of its own

In terms of Strat/Les Paul mix, this Custom 24 has gone all the way. It has a set maple neck, with another maple piece as the fingerboard (which means that it's not a single piece like the Strat, so there's no skunk stripe since the truss-rod was inserted from above). And it is very successful at that. In terms of PRS, it is a pure breed, and at the top level : its woods come from the Wood Library, where the best of the best are stored. As we chose it for you, and we know that you like beautiful things, it also has a 10-Top top, which is kind of an AAAAAAAAAAA grade... Anyway, you get the point.

Under the hood, we have the typical Custom 24 specs: 2 85/15 humbuckers, a 5-position switch (with positions 2 and 4 splitting the bridge or neck pickups), a PRS tremolo that will never punish you for the abuse, and very precise PRS tuners. It sounds great in all registers, from jazz to metal, and through the whole blues/rock/hard-rock range. It's comfortable to carry, comfortable to play, and easy to tune up. This guitar is all benefits, no compromise.