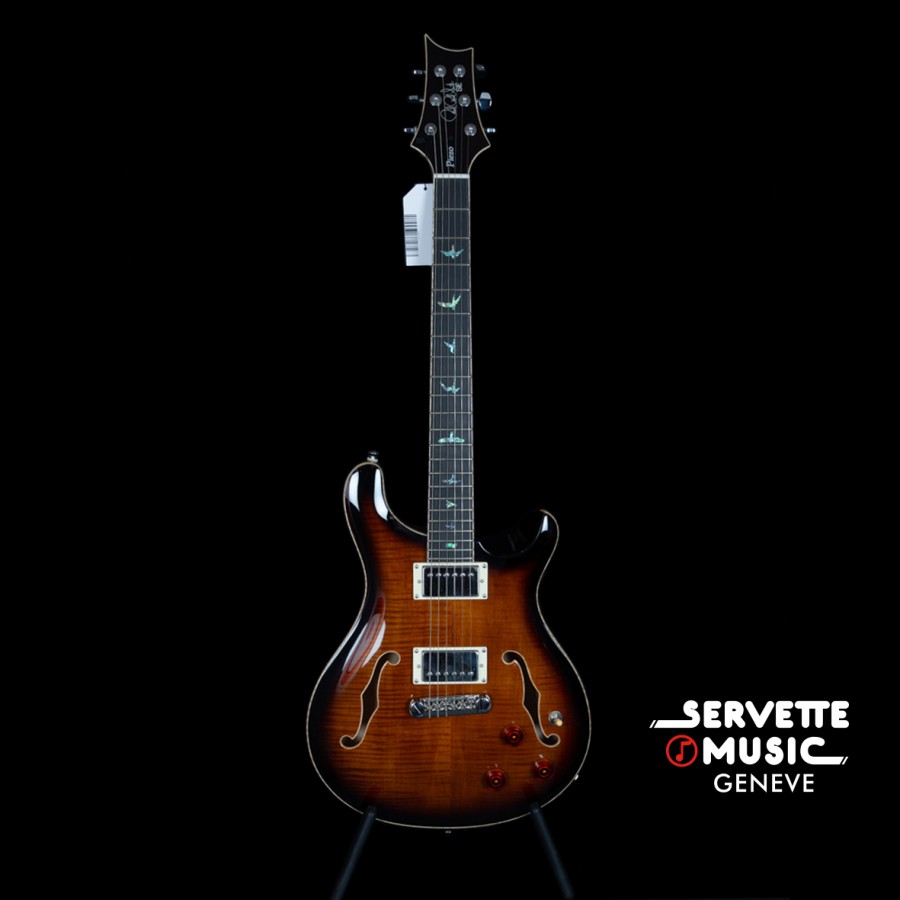 This Hollowbody II is a guitar built according to PRS values: it's beautiful, and it sounds great. The Hollowbody combines maple and mahogany for extraordinary clarity and resonance, with a warm tone. The mahogany neck with its Wide Fat profile is very comfortable for both lead and rhythm, and the ebony fingerboard features PRS's signature bird inlays. Two roaring 58/15 S humbuckers complete this instrument that shines in jazz, rock/hard-rock, and blues. And the kicker is the piezo, which further expands the sound palette of this guitar by producing very convincing acoustic effects.

Two years warranty in our workshop.