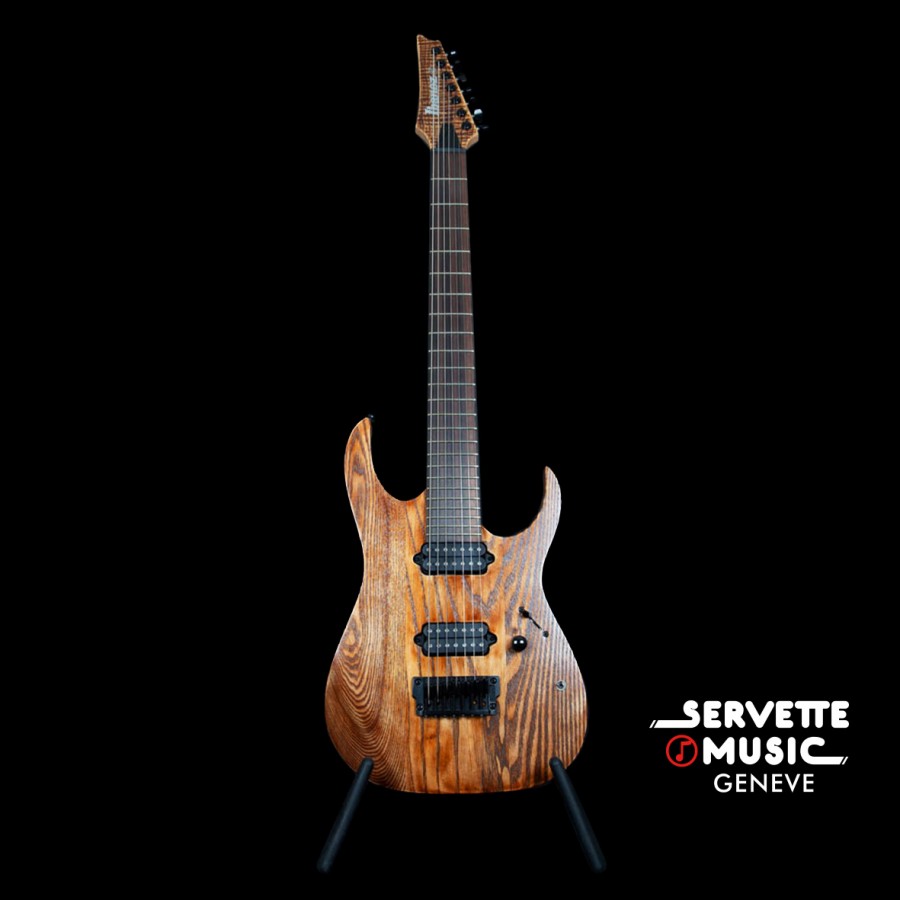 Ibanez is spoiling us with this RGIXL7-ABL Iron Label, intended for heavy metal. With its 7 strings, made to darken the tonal horizons of the entire population, whose demonic vibrations are captured by a pair of DiMarzio Fusion Fusion-7 humbuckers (splittable, it's not because we're hard we don't like finesse), it's a marvel. Its Gotoh hardware ensures perfect tuning stability, the Nitro Wizard 7 is the fastest neck of the brand. Heavy? Articulated? Comfortable? Guilty of all charges!

Two years warranty from our workshop.