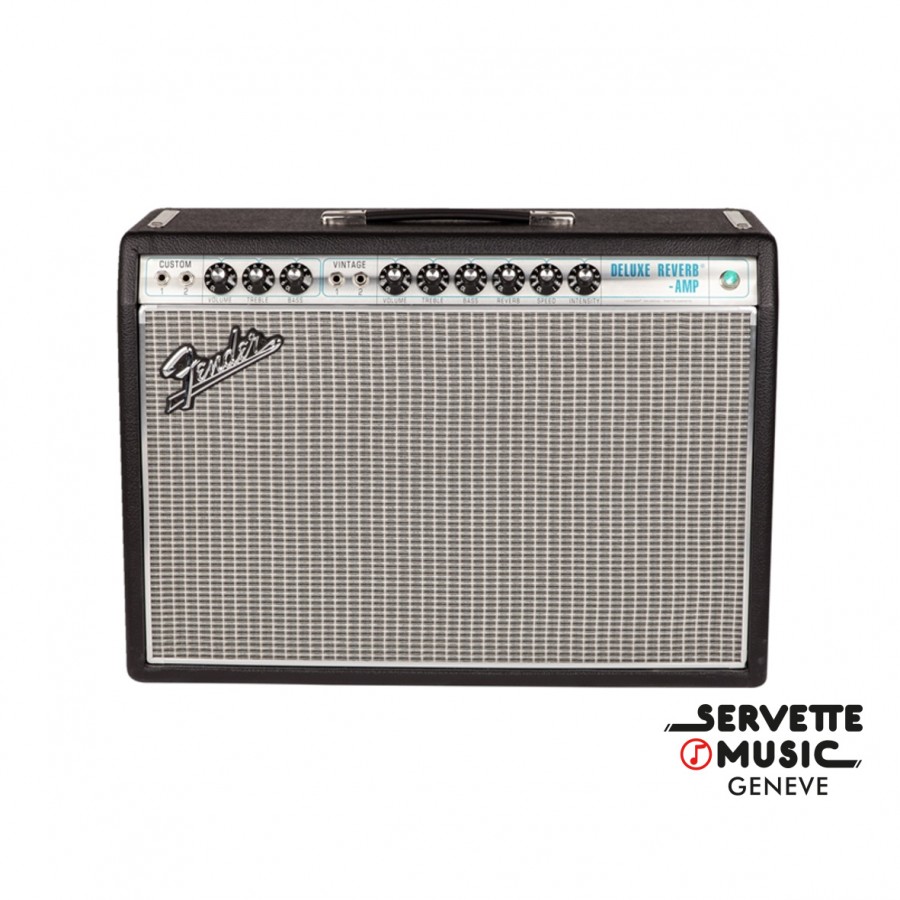 For the Fender aficionados, in its siverface version, the ’68 Custom Deluxe vintage modified combo encapsulates all the best sounding Fender voicings. Fantastic cleans on the vintage channel, as well as a re-visited and modified version on the custom channel. After testing it several times, we found that the modified channel is fitted with a medium and rich tone-stack, bassman style, and a reduced negative feedback which enhances sensivity and gain, it saturates also faster and, thus, offers a 2nd channel which becomes very interesting for leads. It is also fantastic when played with pedals in front.

Compact, lightweight and of sufficient power when played in a band or in a club, it’s the companion that will follow you everywhere.