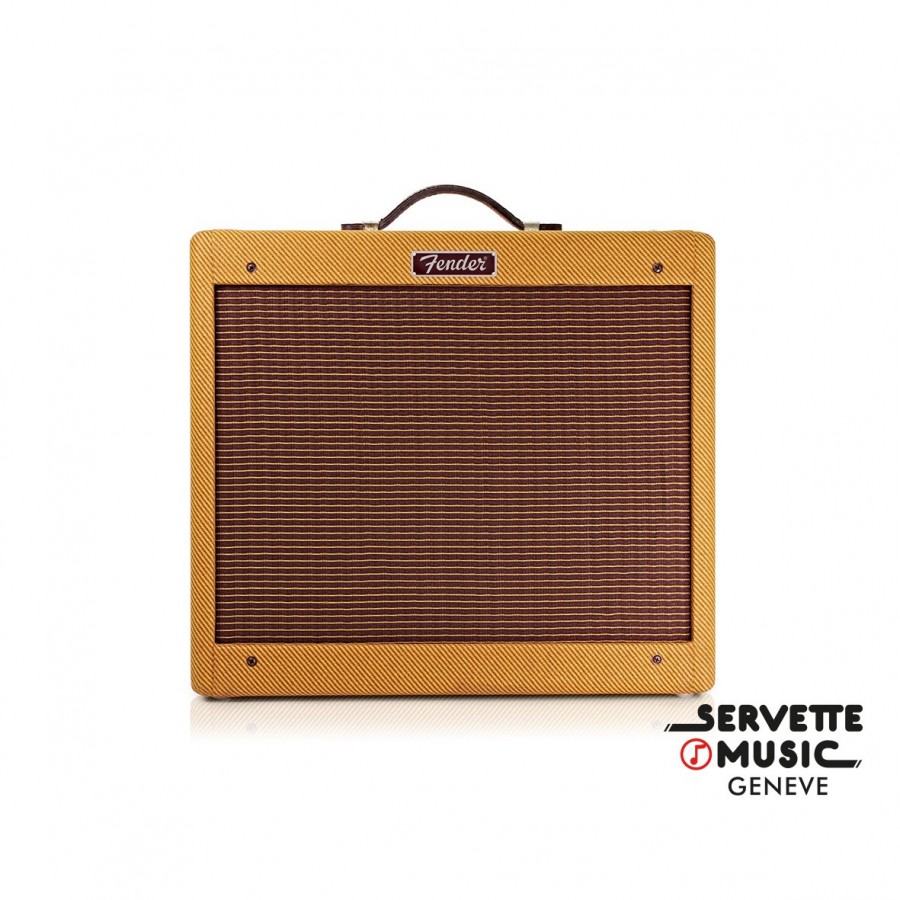 Fourth version of this standard that became a classic, the Fender Blues Junior Tweed combines elegance and precision. A clean sound in the purest of Fender's tradition, which makes your guitar sound almost as warm as a piano, enough headroom to hold your own with an edgy drummer (it might not work if he is enraged) and simple but effective settings to dial in the tone you like, make this best seller one of the best investments for use on stage and in the studio. An exceptional platform for overdrive and saturation pedals, it will do justice to all your treasured finds, be they boutique or vintage, and magnify the classics such as Ibanez, full tone or lovepedal  overdrives/distortions. And with its vintage tweed cover it looks as awesome as it sounds!

We offer it with a two year guarantee.