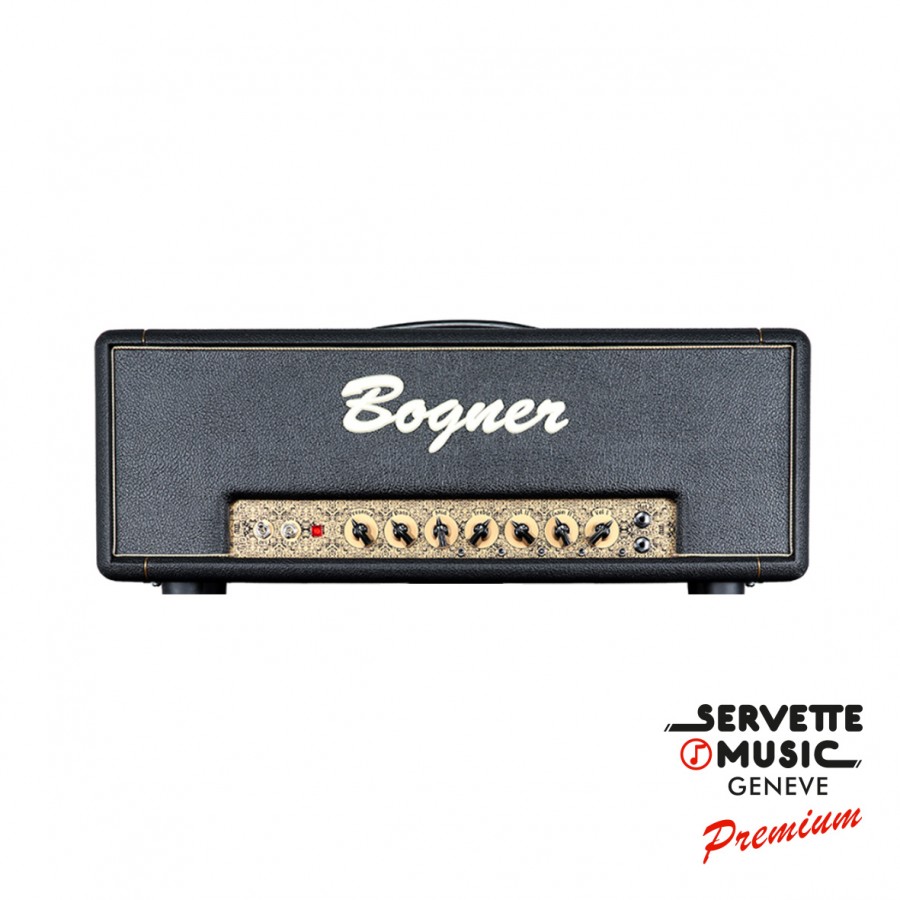 The Helios 50 is, as his name suggest, a 50 Watts head, particularly well designed in terms of sound, voicing and set up capabilities, as well as the manufacture quality. And, let's start by saying that if you are after brit voicing, either classic rock or modern oriented, you are going to be delighted.

This one is totally handwired and completely point-to-point (for connoisseurs), with 2 channels on each 2 inputs, triple brightness switch, effects loop, global master volume, punch (to give punch at low level), bottom (same as presence, but for bottom range) and a switch called « variac » which reduces the power approx by half, thus allowing to play at reasonable levels. The first input likes classic rock style with a JTM 45 voicing on ch1 and a more "plexi" sound on ch2, and the 2nd input is a high gain on ch1 that becomes very hot on ch2. It is also built like a tank in the usual format to stand on a 2X12 or 4X12 as you may prefer. We have tested it with fenders strato and tele, as well as various gibson LP, 335, PRS and Vigier, and all sound terrific. For such a dream machine, we like to think that its price remains reasonable.

Now, if you want the full load you take the 100 watts head, but should you prefer it more focussed you have the 50 watts head or else the combo, which sound delightful with Alnico Cream, depending on your needs. Delivered with a two year guarantee.