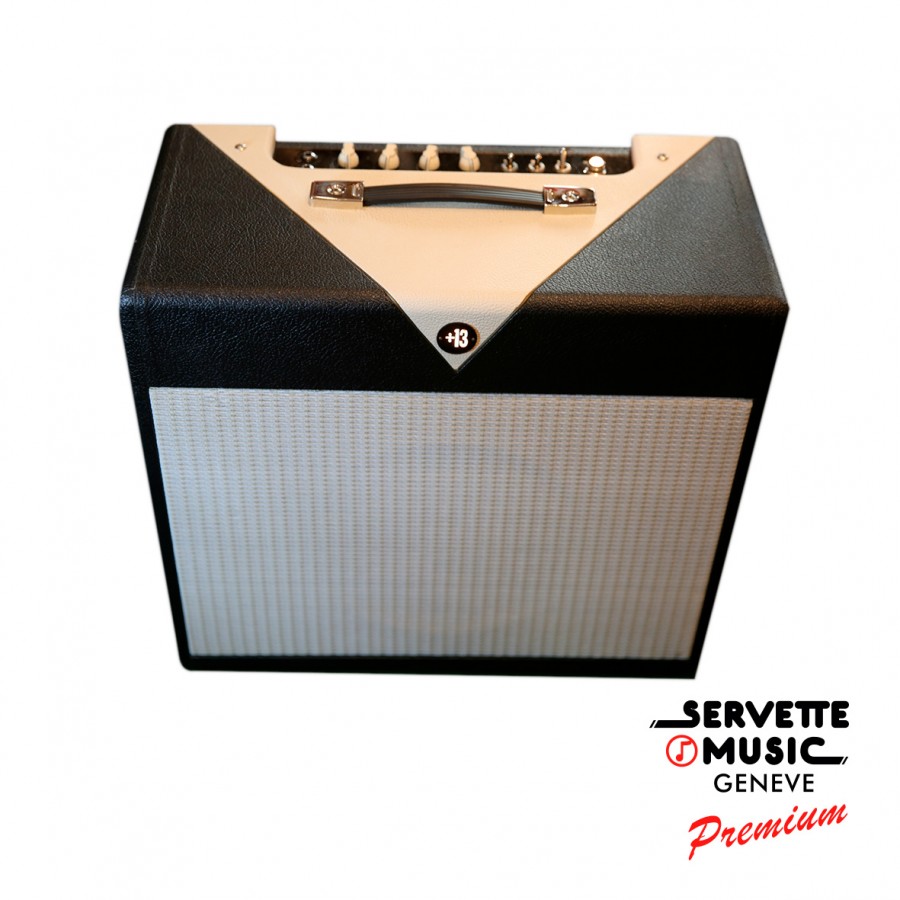 After working at Fender and Music Manduring his college years, where he learned from Leo Fender, Doc Kauffman and Randall, Fred Taccone began repairing and tweaking his friends' and many professional musicians' amps. Once his reputation began to grow, Rusty Anderson (who recorded and toured with high profile artists like Paul McCartney and Neal Diamond) encouraged him to take the plunge and start building his own amps. By the end of the 2000s, Divided by 13 amps began appearing on recordings and tours of major artists, and the popularity of these new amps with a mysterious name and incredible tone quickly spread.

Do you like your sound rather Blackface-ish or rather Tweed-like? Both? Perfect. No need to choose, no need to carry two amps, no need to search anymore. The CCC 9/15 is a single channel amp, for high purity, but with 2 modes: the first mode consists of a power stage with 2x6V6, which produces typical Tweed tones. But it's not an imitation or a reproduction. This is the Tweed tone that the Tweed has chased. With Divided by 13, it's finally there.

The second mode consists of a power stage with 2xEL84, which sounds so good that we almost thought our Strat had been transformed into a piano. The headroom is impressive, and thanks to the master volume, it allows crisp and velvety overdrives. We are really happy to let you try it and buy it in Switzerland because we are the exclusive Divided by 13 distributors here. But what makes us even happier is that the tone is so good we will only let our customers the guitars on this one from now on.