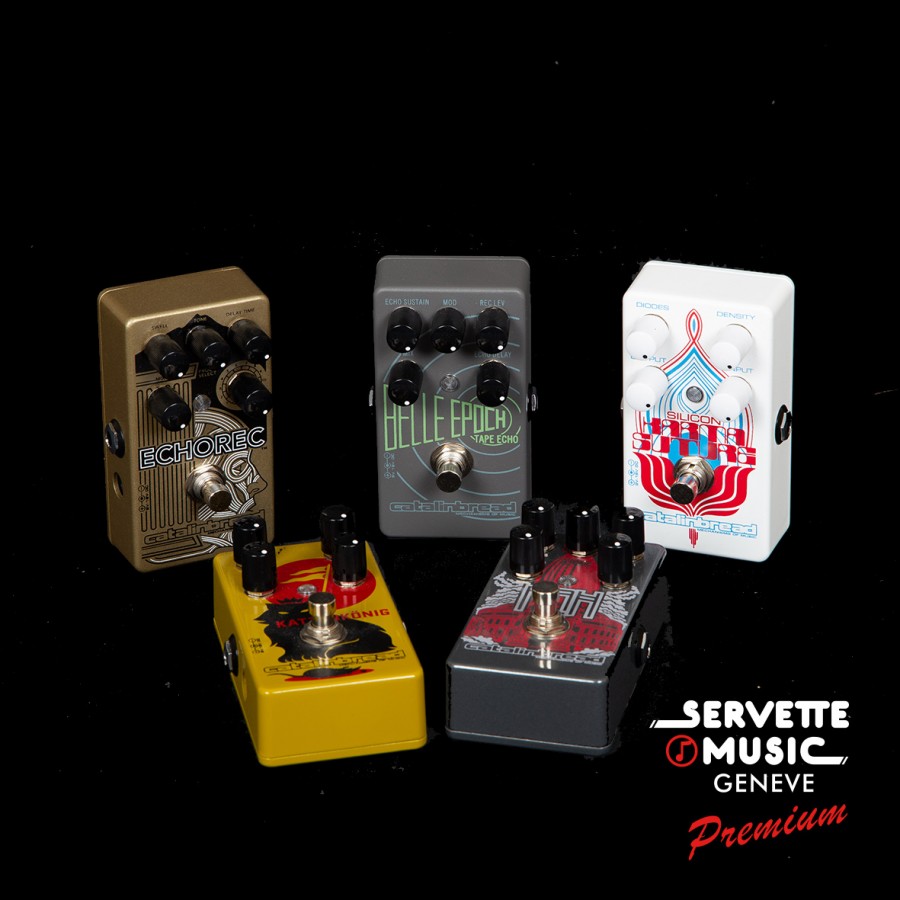 Creating "gear that excites us and inspires us to play" is the motto of the Catalinbread team. Founded in 2003 by Nicholas Harris, Catalinbread designs original and hand-crafted effects pedals with a focus on innovation that is not defined by the market, but driven by the urge to play music and make people play music with enthusiasm, authenticity and integrity. Like their products. Totally true bypass.

Karma Suture Sil.: this fuzz delivers tones ranging from creamy overdrive rich in harmonics to powerful and compressed distortion, thanks to its settings "Density" and "Diodes", with which you can fine-tune the roar levels of your guitar.

SFT:  overdrive with a voicing purely inspired by AMPEG amps, the SFT pedal is a condensed distortions machine ranging from clean country boost to the most "stoner rock" types of fuzz. A pedal that can be considered a "foundation overdrive" as the Catalinbread team likes to call them.

Katzenkönig: fuzz recreating the sounds of the famous RAT, but more versatile and with a tighter grain.

Belle Epoch: tape echo recreating the effect of the famous Maestro Echoplex EP-3, with a very authentic tone, in a pedal where you can quickly dial-in the tone you want.

Echorec Multitap: recreating the Binson Echorec effect so much appreciated by Gilmour, the Echorec pushes the envelope even further, offering up to 1 full second of delay.

Royal Albert Hall: the tone of Led Zeppelin during their concert at the Royal Albert Hall in 1970, according to the manufacturer. For us, one of the most versatile vintage overdrives, ranging from subtle crunch to deep growl.