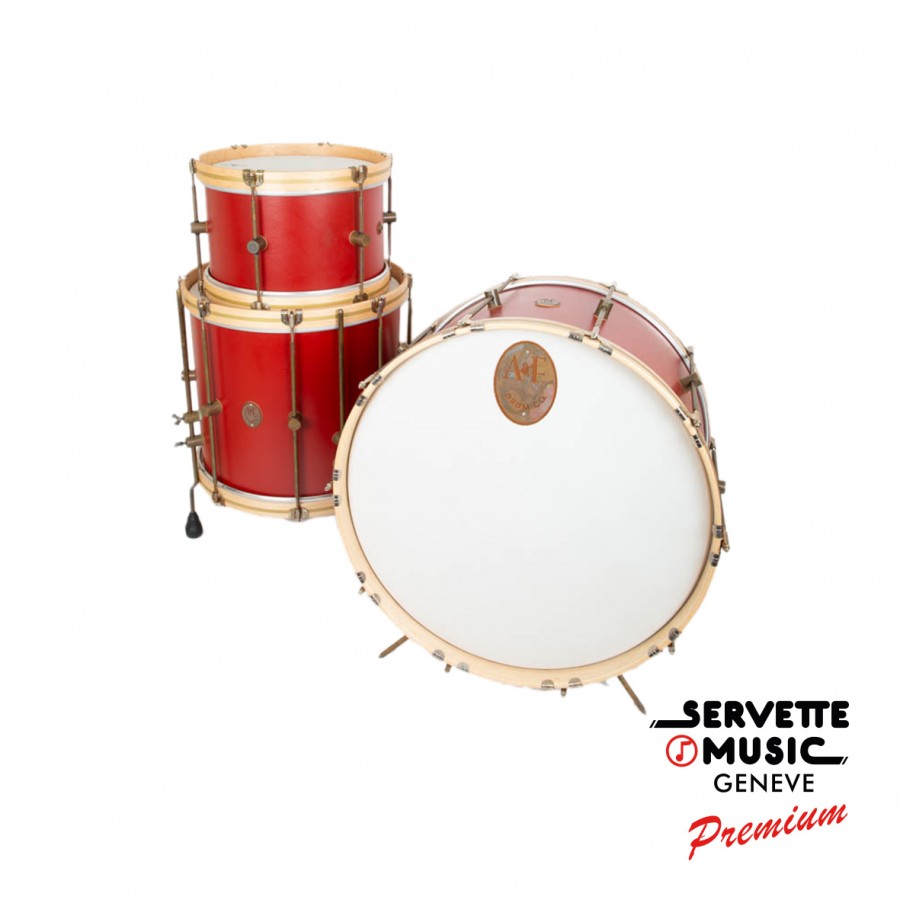 Innovation is at the heart of A&F Drum Co. Based in Austin, Texas, the brand was created by Ramy Antoun, who has performed in studio for some of the biggest names in modern music such as Seal, Paul Simon, James Taylor, Willie Nelson, Buckethead, or Bonnie Raitt. He decided to create a raw brass snare drum reminiscent of vintage drums that he discovered during his studio and touring years. Nourished by a connoisseur's flair and driven by the quest for exceptional sounding instruments combined with aesthetics of unsurpassable elegance, A & F combines traditional craftsmanship and modern tones.

Listening to the sound of an A&F drumkit for the first time is like hearing a real drumkit for the first time. Usually, you are told that drums particularly accentuate such or such frequencies, or that X Y Z registers are favored. Here, there's nothing like that. An A & F drum is total tone. All frequencies are enriched in harmonics, all registers are possible. Rock, jazz, metal, pop, world... No, really: the tone is warm, powerful and finely shaped. In a word, it's orchestral. It's splendid, and you have to hear it to believe it, because a new world is opening up when you hear what these instruments are capable of.

The craftsmanship is incredible, so much in fact that it would almost be a shame to hit that thing if it didn't sound as good. This model, ordered by us (they are built only on request), is a set consisting of a bass drum and two toms, where brass hardware beautifully highlights the Antique Red Club Maple drums. A jewel.

Two year warranty from our workshop.